The traditional first anniversary gift is paper.  Which made me initially think of a stack of printer paper.  No that exciting or fun.  How can we give something personal, meaningful? Something full of love and trust and fun?  And made of paper?

For this first of many milestones, a series of prints on paper or an album makes a great gift idea for a paper anniversary.  The big anniversaries, 25 and 50, silver and gold respectively have their origins in the Holy Roman Empire (though I imagine not many people made it to the their 50th given the life expectancies of that era).

Traditional gift for first wedding anniversary is paper.  The modern gift for first wedding anniversary is a clock.  Even though I?m a fairly modern women, paper in portrait prints, albums or whatever form seems to more interesting.  The big anniversaries, 25 and 50, silver and gold respectively have their origins in the Holy Roman Empire (though I imagine not many people made it to the their 50th given the life expectancies of that era).

Paper, initially, sounds boring.  But a quick search on Pinterest yielded awesome crafted ideas for paper anniversary gifts (https://www.pinterest.com/explore/paper-anniversary/), and most of them point of lovely hand crafted things on etsy.  Paper, as it turns out, is actually a pretty cool and surprisingly versatile medium for many gifts.

If, however, a boudoir session is on your bucket list, think paper prints. Paper prints which can be made into albums. On the occasion of her first anniversary, this beautiful muse and mother of a five month old, wanted to do a boudoir session and give her husband of one year an album full of images.  In the image above, she’s using her husband’s wedding tie as the tiny piece of material covering her. The body waves that the stylist put in her blonde hair made a gorgeous contrast to the black thigh highs and chemise and garter set.

For the final look, the muse had a fishnet body stocking with an open back.  Love these!

If you wanted to do a boudoir session before your wedding as a wedding gift, but didn?t get a chance to do it – consider doing one as a paper anniversary gift for your first anniversary.  Make it even more special by adding your own personalized love letters to your portraits!  Take this moment to use your words and tell your spouse how much they mean to you.  We can leave some blank pages in the album, or you can add sheets of vellum with your own words between your album pages.

As a Boston boudoir photographer, I photographed many boudoir portrait sessions in Boston and collaborated with my clients to create beautiful, sensual and tasteful boudoir images.

Curious about booking a shoot? Email me now for more ideas about bridal boudoir photography in Boston or click the button below. 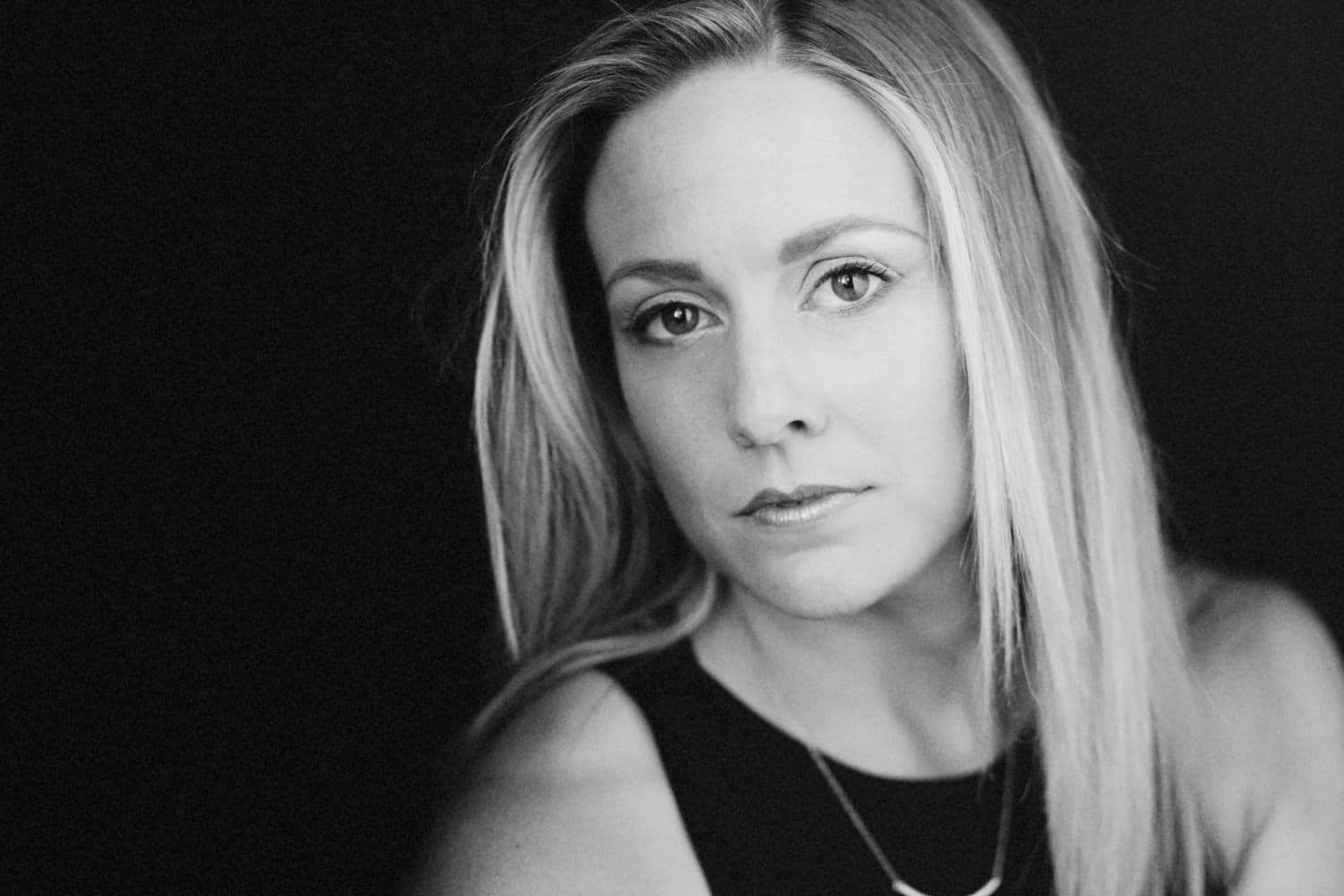 How to Overcome Fear of Being Photographed (What Worked For Me)